The townships of Muswellbrook and Singleton lie at the north-eastern fringe of the largest declared wilderness area in NSW – the World Heritage-listed Wollemi National Park. Covering significant portions of each local government area, Wollemi goes largely uncelebrated in the Upper Hunter. ‘Viewpoints: Wollemi National Park’, presents the work of five diverse artists as they explored Wollemi as part of a collaborative and intensive artist in residency project.

The Wollemi Artist in Residence Project was made possible by the Muswellbrook Regional Arts Centre in partnership with Singleton Arts and Cultural Centre, and with the support of the NSW Government Resources for Regions Program and NSW National Parks and Wildlife Service. 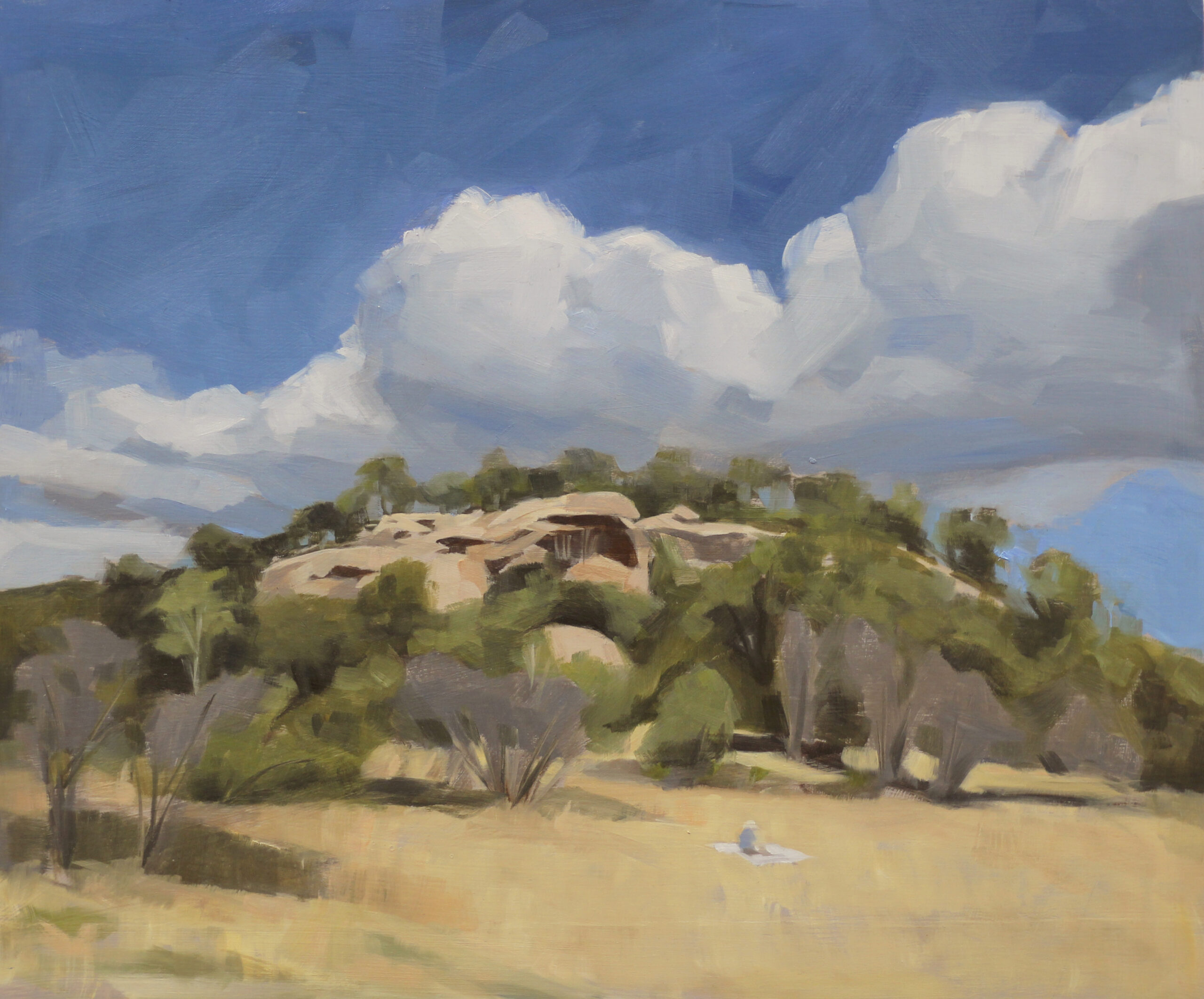 The Blue Hour celebrates the artist’s ongoing love affair with blue. Despite its abundance in the ocean and in the sky, the colour once eluded replication in art. Fortunately, in the last 200 hundred years, blue pigment has become easily accessi­ble. Its use now expansive, often applied to show distance and depth in landscapes or depict deep and distant emotions such as pain, desolation, and solitude.

Vestige is a photographic journey through the abandoned farmhouses of Dorset Road, Kayuga. It traverses time and space through the decomposition of built struc­tures set against a shifting landscape.

‘The surrounding land has been mined and the community has mostly moved on, though Kayuga remains. Abandoned gar­dens grow wild as spectres settle in dust smothered spaces. Kayuga still breathes, but it’s a different kind of breath; like the lungs of an old working dog, they rise and fall, only gentler than before.’ – Zoe Lonergan.

Lonergan’s work highlights an interplay between the hard lines of geometric shapes and the organic order of nature as seen in the constructed family home, and the landscape it occupies. The exhibition examines the destructive forces of mining and asks what will remain after it’s gone.

The Art Tracks exhibition series coincides with the Muswellbrook Art Prize, show­casing works acquired from previous winners and finalists. Art Tracks V: Recollection explores the past’s influence on the present, and the ways the present makes us reimagine the past. Sally Stokes’ work, Somewhere Deep Within, simplifies this notion. Painting entirely from memory some parts forgotten, other parts re­membered in full colour.

In these works, nostalgia intertwines with the artist’s process, revealing itself as a desire to bring memories into the material world. Now romanticised and turned to myth.

Capturing ‘the unseen’ of the Artist in Residence project, Marie Mansfield has documented aspects of the residency accommodation that brought her joy in her exhibition The Last Motel in Town. Her paintings delight in the nostalgia – a Hills Hoist clothesline, a dish of complimentary toiletry products, a rubbish bin.

We shared a suite at a local Motel. I loved the Motel and the experience as much as the residency itself – Marie Mansfield.